RNW Media’s Manasati30 platform is to continue its collaboration with UNESCO on an EU-funded project aimed at creating economic opportunities for young Yemenis through the preservation and restoration of cultural heritage. This follows a highly successful campaign for which the Manasati30 team, along with some 70 young Yemeni collaborators, created diverse multi-media content raising awareness about cultural heritage.

Yemen has been in conflict since 2015 and is a deeply polarised society. The Manasati30 team has seen that culture is a theme that can successfully engage young people from different regions and bridge the divides between them. That was also the aim of a series of videos made for the campaign highlighting the historic cities of Aden, Sana’a, Shibam, Dar Al-Hajr and Al-Mahweet.

A personal journey
When planning the series, the team decided they should be like mini documentaries, illustrating cultural heritage through a personal journey. And they knew exactly who they wanted as host – popular Yemeni vlogger Somaya Jamal. Somaya is a creator, presenter and producer for both social media and TV with over 300k subscribers across all of her channels. She is living outside of Yemen and returned especially to make this series. It was, she says, an amazing experience:

I loved it all! It was the most challenging, the most exciting, and the most emotional thing. I am thrilled with challenges usually, and I love the feeling that comes with overcoming an obstacle. 18 days, traveling to 4 cities in a country that is still a war zone, and making videos about an almost lost cultural heritage. I had to gather information the old way, asking random women in cafes about their traditions in marriage and their traditional clothes. I didn’t sleep much but I was the happiest. Finally, I got the chance to lead an adventure in a country I left 7 years ago. Finally, I am traveling and exploring only tiny parts of the beauty of my home country.

The videos have now been viewed almost 1.2 million times on social media and attracted tens of thousands of comments, shares and likes from viewers. A number of local Yemeni TV channels have also rebroadcast them, reaching the many Yemenis who are not online. All of the videos, subtitled in English, are available on Manasati30’s YouTube channel.

The first video takes us to Shibam in the Hadramout valley. The city is classified as a UNESCO World Heritage Site because of its unique centuries-old architecture. The residents of Shibam were able to avoid natural disasters such as floods and expand their city by building upwards – resulting in the world’s first high-rise apartment blocks. Young people in Shiban are preserving their heritage by carrying on the tradition of wood carving which is a source of income for many.

The second episode in the series visits another World Heritage Site – the ancient city of Sana’a. It explores the striking beauty of the city with its brick towers rising from stone floors decorated with geometric patterns, spacious gardens and densely packed houses, mosques, baths and caravanserais (traditional roadside inns). We also meet the only woman in Sana’a who works cutting and polishing stones for traditional jewellery.

Next stop is the city of Aden, which dates back to six thousand years BC and is considered one of the most important commercial ports in the world. The city was occupied by a number of different invaders over time due to its strategic geographical location and many of its ancient monuments have been preserved alongside customs and traditions still practiced by its people.

The fourth video takes us to Dar Al-Hajar Palace – one of the most important monuments in Yemen, built on top a tall natural rock spire by the late Imam Yahya Muhammad Hamiddin. The castle was intended to be the Imam’s summer home and also served as a fortress for local people. It is now a popular tourist attraction and the hub for a range of cultural activities. Young men are keeping alive the ancient Yemeni dance tradition al Bara’a- each region has it’s own variation of Baraá which are performed on special occasions such as weddings and national holidays.

The final video in the series explores the old town of Al Mahweet, some of which has been destroyed in the conflict. The town’s unique architecture and use of building materials is influenced by the surrounding environment. The town’s traditional Al-Madar stone utensils are still being produced. 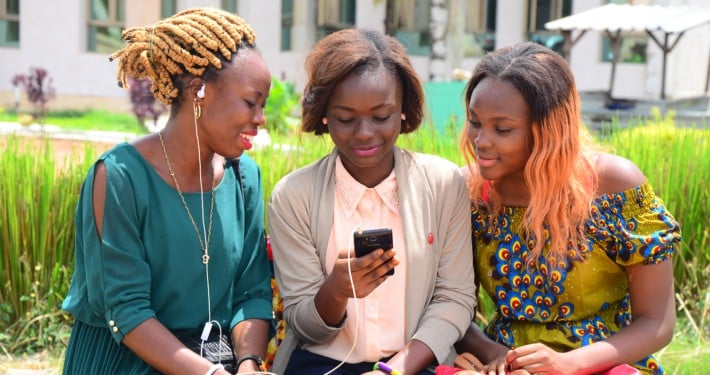 Regulating the digital space in DRC
Scroll to top