Sustainability is fundamental to RNW Media’s approach. We work towards independence and local ownership for all our platforms, long after grant cycles end. Our sustainability strategy was introduced in 2015 and has been evolving since then in response to the challenges and opportunities of the different countries where we are active. El Toque Cuba is an example of the flexibility, creativity and commitment needed to make the sustainability journey.

José Jasán Nieves Cárdenas is now El Toque’s Editor-in-Chief and has been involved with the platform from soon after its launch in 2014. Reflecting on the changes since then he says:

This is the story of a group of young Cubans: journalists, bloggers, video producers… For more than two years, we had in our hands a unique opportunity: working, as freelancers, for an international organisation. The first time I earned 50 euros for a radio programme, my life changed. For a single product I earned twice my monthly income in the state-controlled radio station where I was working. We were happy. All we had to worry about was the next story we wanted to publish. But nothing endures forever.

El Toque was among a number of new digital media projects emerging in Cuba and occupying the space between the two extremes of state-controlled and anti-government media. There was a website, but El Toque also produced an offline magazine distributed through the El Paquette system which evolved to circumvent censorship and Cuba’s extremely low levels of internet access. El Paquette distributed a series of digital magazines weekly via USB sticks, reaching a wide audience of mostly young people. El Toque gradually built a reputation as a reliable, independent source of information.

Time to transition
Then in 2016, RNW Media adopted a new programmatic strategy that meant focusing on fewer regions – and Cuba was not one of them. But the new strategy also included sustainability planning for projects that were no longer ‘core business’. Financial support would be provided for a transition period alongside strategic support and capacity development focused on in-country business management, partnership building and fundraising. Cárdenas describes the reaction of the El Toque team to the decision:

You have two choices: you quit or, if you think you have built something that is making a difference, you seek a solution. Remembering all the work we’d done to earn a place as an independent voice in Cuba, we agreed we had to find a solution. A change of mentality was needed. You have to transform your attitude from that of an employee to that of an entrepreneur.

El Toque Cuba had been originally developed and supported by RNW Media’s Latin America department in the Netherlands and Cardenas is keen to point out that the support given by that team was essential in preparing for the coming transition. They provided the necessary tools and knowledge to continue, even sharing their personal contacts in the region.

The Vatican solution
The El Toque team faced three main challenges: the platform needed to register as a legal entity. A solution had to be found to the problem of legally transferring foreign funds to a Cuban bank account. Also, a sustainable business model had to be developed for a context where advertising is not allowed; an American embargo is in force and the private sector is almost non-existent. Cuban regulations meant El Toque could not register in-country so they turned to what came to be called “The Vatican Solution” – registering as a foundation in Poland. This was made possible by the historically significant role played by the Roman Catholic Church in both countries and the personal relationships and friendships between young Cuban and Polish Catholics.

With that registration came a foreign bank account and a Debit Card which could make withdrawals in Cuba. Throughout 2016, while still supported by RNW Media, El Toque worked to develop a fundraising strategy and a business model as an independent social enterprise. Cárdenas is, he says, a journalist, and:

… I never imagined myself filling out financial excel sheets, having meetings with potential donors, partners and clients; writing funding applications… I was happy being a journalist, but I become a manager.

Despite the urgency of all the organisational changes, the journalism didn’t suffer, and by mid-2017 El Toque had become one of the largest independent mediums in Cuba in terms of number of contributors and distribution mechanism. While other new media initiatives disappeared or ‘signed a truce’ with the Government, to protect their commercial interests, El Toque succeeded in establishing The Community of Many Voices Foundation – Cuba’s first incubator for alternative media.

Growing independent media
The Community of Many Voices grouped a variety of existing projects, strengthening them and sowing the seeds for an association of independent media. The foundation’s long-term goal is to negotiate more flexible regulations for independent media in Cuba and increase access to a depoliticised and propaganda-free press. While continuing the work of the El Toque platform, Cárdenas and his team supported a number of Cuban firsts – an independent sports magazine, Play Off, and El Arca, a magazine focusing on animal rights and pet ownership. El Toque created a separate comic magazine, Apulpso, along with a cartoon supplement, Xel2, for the main platform. And they published a multimedia special on the constitutional reforms in Cuba. A mobile application was developed allowing users to download articles without internet.

Planning for a future
The Community of Many Voices was recopgnised as a ‘social innovation hub’ and El Toque is now seen as one of Cuba’s main independent media platforms with a significant growth in users and comments since the launch of the mobile app. The team has grown to 19 full-time employees with more than 20 freelance contributors. Generating income is “a constant stress”, according to Cárdenas, but he’s confident El Toque has a future via a combination of projects from different donors and revenue from commercial activities, such as selling videos, photos, articles and fixing services to foreign media, as well as advertising for businesses located in Miami and in Havana. Plans for the future include a legal education project called ‘El Toque Jurídico’, more data journalism, research reports, fact checking and counter-information campaigns. “We have a lot of energy that’s why we keep fighting every day for survival,” he says.

Good advice
El Toque Cuba was one of the first RNW Media platforms to become independent. When asked what advice he would give to other in-country teams who have begun the journey to sustainability, Cárdenas says:

Think big, play short. Try to explore the opportunities for your project from a strategic perspective, but do not rush and start reaching small goals that contribute to the big idea. Be transparent with staff and collaborators about risks and possibilities. It will help you to involve them in the project and will make them look for survival as much as you. But do not expect everyone to stay on the ship.

Expand your links with stakeholders who share the same social interest as you. Work with others, offer them your knowledge and share your resources with them, even if they are scarce. Look deep inside your project to find sources of income – the services you can provide or the products you can sell. There are always opportunities that will help you to depend less on grants and donations.

Trust that if you are making a difference for your society, you will find support. Change your mind from an employee to an employer. Things will depend on you most of the time from now on. 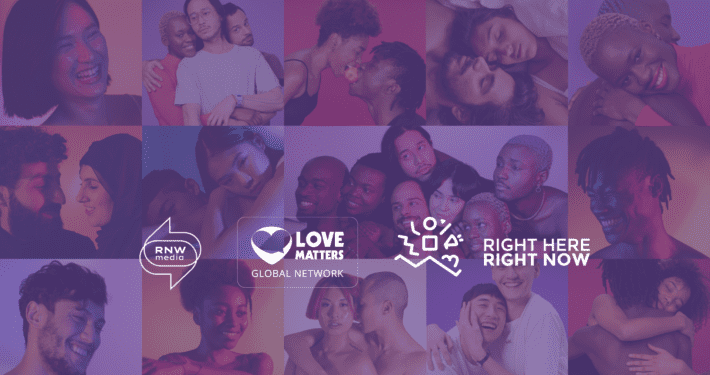 read more
Data can do everything – and nothing