Social media channels are an essential element of the way RNW Media’s country partners platforms connect with their users. Social media has immense power to reach out to and engage with young people. As an international organisation based in the Netherlands, we believe it is important for Dutch youth to learn about the challenges facing young people in restrictive settings in terms of freedom of expression and access to safe and inclusive digital spaces. Inspired young people can demand that the Dutch government enact policies and take action to help address the challenges facing young people in other countries to access and claim their rights.

My Story for a Story
We designed a campaign called #MijnStoryVoorEenStory (#MyStoryForAStory) to harness the power of social media by working together with five key influencers in the Netherlands. The campaign was launched in August 2020 and continued throughout the year until Human Rights Day on 10 December. Our country partners recorded their stories of challenges posed to their human rights, from LGBTQ+ rights in Kenya to slavery in Mali and gender-based violence in Egypt. The Dutch influencers then posted these stories on their Instagram accounts under the hashtag #MijnStoryVoorEenStory. The influencers encouraged their followers to share these stories, as well as to answer different polls for us to get a better understanding of international development knowledge amongst Dutch youth.

The response to these polls was overwhelmingly positive. Young Dutch people told us how grateful they were to receive this information, how useful they found it to learn about the challenges of other young people around the world, and how inclined they felt to improve their understanding about such global issues.

#MijnStoryVoorEenStory achieved beyond the initial target of accessing 950.000 young people by reaching over 1.7 million users (roughly 80% of whom were Dutch), as well as engaging 5.4% through comments, likes and shares. The story that resonated the most with Dutch youth was a video about the challenges facing a gay couple living in Kenya. They shared their story of love and the harsh consequences they could face if they were public about their relationship.

The #MijnStoryVoorEenStory campaign brought human rights issues and the international development sector to the forefront of many young Dutch people. Let’s continue to amplify the voices of young people around the world and share their stories! 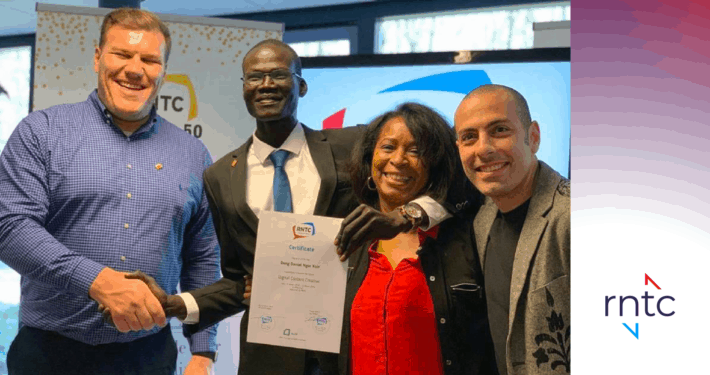