RNW Media’s platform in Libya works to engage young Libyans with fresh perspectives on the issues that matter to them. The Huna Libya team of journalists, video makers, cartoonists and bloggers tackle a wide range of issues, reflecting the views and opinions of a diverse group of young people. Huna Libya aims to stimulate young people to bring about positive change in their society and often profiles young Libyans who challenge the restrictive social and gender norms that hamper their aspirations.

Sport plays an essential role in any society. Not only because of its physical benefits, but also because it is a way for communities to represent themselves. Many people, consider sport necessary for building young people’s self esteem and giving them a sense of direction. It’s not just about moving in different ways based on the type of sport we play but teaches the mind as well as the body. Sports teach us discipline, dedication, management, respect, teamwork, and support.

It’s essential that sport should be inclusive of women. We see women all over the world competing in international championships. Many Libyan women are getting involved in sport at national and international level regardless of the social norms and restrictions. Meet the Libyan bodybuilder, Fatima Elgumaty.

Dream come true
Fatima is a 24 year-old therapeutic nutrition student, based in Benghazi. She is obsessed with nutrition for athletes and an ambitious young woman who is keen to develop herself both professionally and personally. She is fighting social restrictions to improve as a person and an athlete. Fatima is convinced of the benefits of exercise and sport and is a bodybuilder and trainer.

She started bodybuilding two years ago because it was so different and she loves the psychological impact it has on her health. For Fatima, it was a dream come true. She was inspired by many things and people, but her strong will is her main source of motivation. She used social media, YouTube videos and training programmes that pushed her even further. And while it was Fatima’s own determination that meant she could pave her way in this sport, she also credits her family as her main support system. 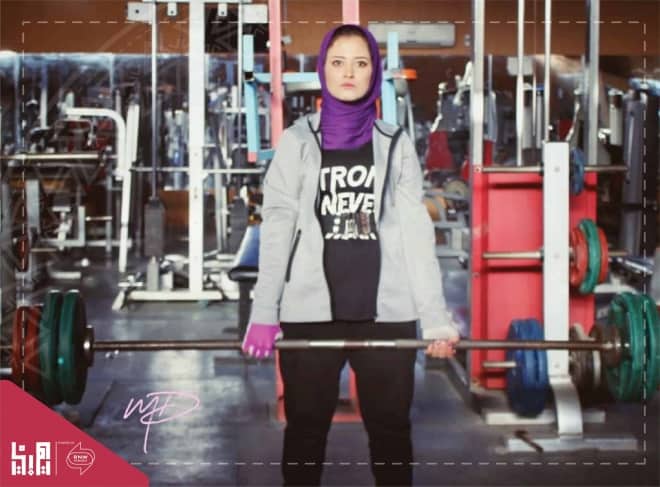 Becoming a man?
The main obstacle she encounters continuously is the male view of women who do bodybuilding. There’s always the question: are you becoming a man? This arises because of the physical changes the sport can bring and the deeply ingrained perception of bodybuilding and muscularity as ‘masculine’. Fatima though insists that men are different from women – even in bodybuilding.

Fatima’s family also had concerns about the potential side effects of bodybuilding – but she has managed to win them over with her persistence and determination to achieve her goal. Her father calls her the ironwoman and now they ask her to lift heavy things around the house and see her strength as a great asset.

Unfortunately, many people have a strong reaction to what Fatima is doing – and that reaction is mostly negative. People on social media say bodybuilding is not suitable for women and leave comments such as: 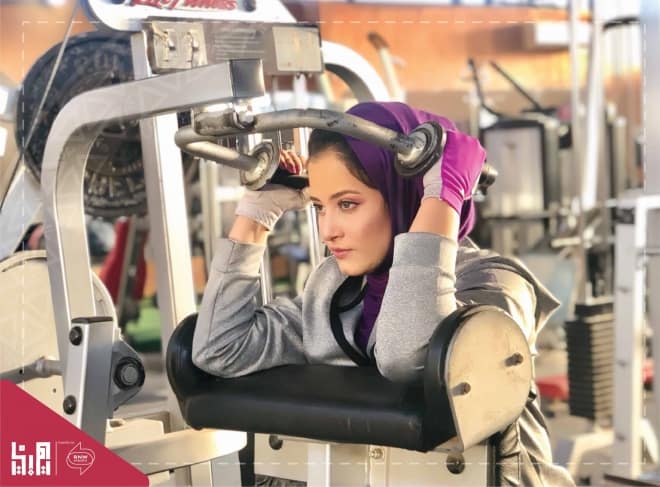 Eyes on the prize
Fatima ignores such comments, stays focused on her goal and doesn’t let negativity get in her way. She knows what she’s doing is very normal and that it is having no bad impact on her health. Her father stands by her and supports her unconditionally, Fatima says. Moreover, she says,

“bodybuilding is a sport and we know how important sports are in our lives and that we must pay more attention to our health and the type of sport we choose to play should not be restricted in any way based on our gender.“

Paving the way
Looking ahead, Fatima’s future goals and aspirations in the bodybuilding game are to develop her own potential even further, inspire more women to join this sport and also help her trainees make their dreams come true and support their participation in national and international championships. Fatima is determined to pave the way for other female Libyan bodybuilders to keep fighting social boundaries and achieve in the sport they love.

Taking the fight against COVID-19 online
Scroll to top